A homily for the Twelfth Sunday after Pentecost by Father Glenn Empey -- read text John 6: 35, 41-51

So, recently we’ve been struggling through various readings from John, the Fourth Gospel. As you may know, it is a gospel that is considerably different from the others – the Synoptics: Matthew, Mark, and Luke. Usually, it has a very high sense of the divinity of Christ as opposed to his human side. John emphasizes the divinity of Jesus. There were heresies in that time that were pointing only to the humanity of Christ so maybe the Fourth Gospel was to counter that tendency. 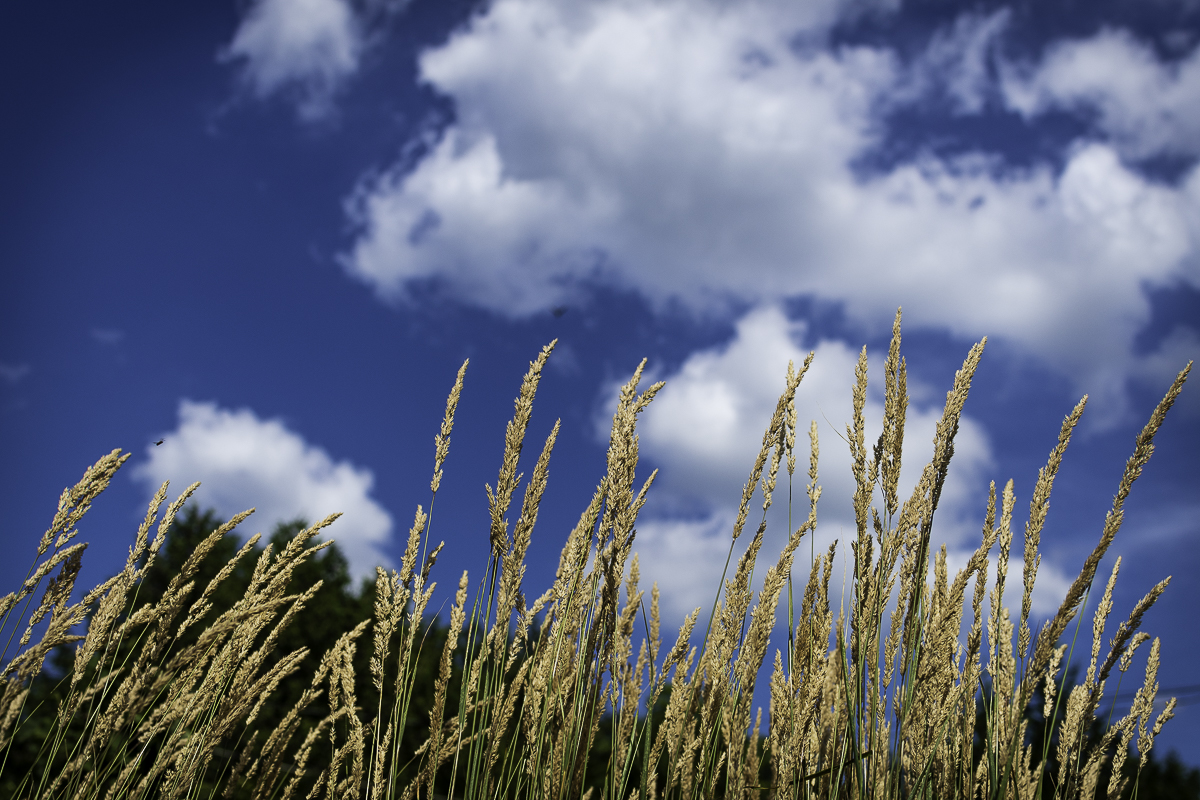 Today’s passage is one of the “I am” statements that Jesus made. There are seven of them (all in the Fourth Gospel):

In today’s gospel passage, Jesus says that he is the bread of life.

Statements such as these are a challenge to the preacher. Well, I find them challenging. That’s because preachers often use a lot of cliché’s to explain the metaphor that Jesus uses. The other way preachers and biblical scholars can go at it is by what’s known as redaction criticism. That’s a way of analysing a portion of scripture in minute detail. You learn about that in seminary. Scholars who write commentaries on scripture use it all the time. It takes a look at every single word in the passage. it considers the original language and the meaning of the word in that context. It considers the customs of the day and so on. It does all that to minute detail. Scholars using this method, have written entire books – called commentaries – on just portions of scripture.

That approach to a passage doesn’t really work if you’re giving a homily. It is pretty dry. I’m not saying that it isn’t a worthy tool for seeking an understanding of the passage. But, it’s really only one step and it’s really a background step in the process of preparing a homily. It’s not the end.

So, when I was thinking about today’s gospel during the week, I began to consider how else I could go at it. Maybe, I’d say something totally different. I noticed in some resources that I check out that the reference for this week was based on the reading from Samuel. A bit of a challenge in itself, I'd say. Nonetheless, that preacher avoided dealing with the gospel completely. I’m not as much into the Old Testament as I am into the New Testament, and particularly the gospels, so that wasn’t a preferred option for me. I began to think about sharing how I spent my summer vacation. You know, just like the essays we often had to write each September in public school.

(My time-off was really great, by the way. Nothing really exciting but a good change of pace and some time with family. My son and I spent a couple of days at the Toronto Indy. That’s a series of car races. I got some great photographs and it was very hot on the Exhibition grounds... I did miss you and I am pleased to be back. Thanks to Father Jack for holding the fort while I’ve been away.)

I came across an article that helped me to take a different look at the dilemma that I was just describing. It was an article in an e-newsletter called Covenant that’s put out by an organization known as The Living Church. That, I found out, is a group  of people in the Anglican-Roman Catholic traditions who focus on the unity of the Church. I have put the article on our website. It is a fairly heavy academic kind of article but if you’re up to delving into it, the author raises some very good points.

The author, Timothy O’Malley, whom I think is Roman Catholic and a professor of Theology writes about restoring what he calls scriptural imagination. He says that the trouble with redaction criticism, and other critical methods of looking at scripture, approach the Bible as only history. He says that he thinks this is due to the influence of secularism. We don’t feel, see and hear the Bible as a living alive document. We read it as past history. So, we analyze things such as today’s gospel passage in that manner and we miss the fact that what the passage is about, and what all passages of scripture are about, is the living story of salvation now. God is acting now in the world.

If you take a look at another item on our website entitled The Evangelism Spectrum --where are you?, you’ll have some more insight to what, I think, Professor O’Malley is saying. And that article is much more easily read. It is written by The Reverend Judy Paulsen, Director of the Institute of Evangelism at Wycliffe College, U of T. We are quite shy about this here-and-now living part of our faith. I do think that is due to the influence of secularism. Seeing scripture only as history is perhaps more palatable in a secular society. But seeing it that way disconnects it as the living story of salvation and a here-and-now experience of Jesus Christ.

O’Malley says that seeing it merely in an historical sense “[t]he Bible becomes a memory that has no connection to the present, breaking the chain of memory”. Scripture, in its entirety, is a revelation of God acting now. It is about Jesus Christ in our lives now. It is like how our memories shape us in the present moment. The memories are alive – not mere history.

So, the problem is that instead of doing the hard work of seeing, hearing and feeling how Jesus as the bread of life impacts our lives in the here-and-now, preachers often turn to themes on ethical principles, so O’Malley says. I agree with him. Our evangelical brethren are much more apt at portraying a living experience and encounter with Jesus Christ and salvation in their preaching. That’s not really my style but I think I need to be taking another look at it.

In the case of today’s encounter with the living Christ, I think questions to ask would be

These are difficult kinds of questions. They haven’t been part of our general practice really for some time in the Church. They mean hard work. They take time. They are food for quiet, prayerful meditation to see, listen, and feel for how Jesus is in our lives now.

They can well be part of a process of a living encounter with Jesus Christ here and now that flows out of our memory into today where the encounter and the revelation are alive, vital, and dynamic. It is the story of God acting in the world in and through Jesus Christ now.

The call of scripture is to an engagement in this way of seeing, hearing, and feeling.

And that is likewise the call of today’s gospel.