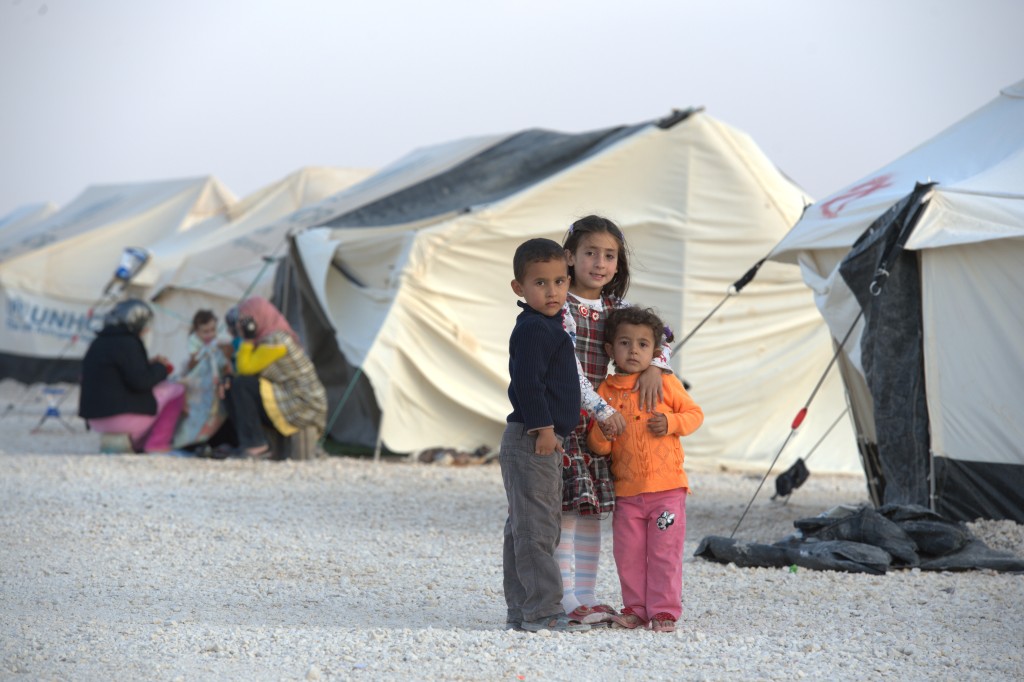 Children in the Zaatari Refugee Camp, located near Mafraq, Jordan. Opened in July, 2012, the camp holds upwards of 20,000 refugees from the civil war inside Syria. Since then for thousands more their survival has meant they are forced to flee Syria.

A quick message from Glenn

“Thanks to a student at Trent University, I became aware of a video that explains the complex issues related to the current refugee crisis that affects thousands from Syria.

“Indeed the underlying issues related to the crisis for Syrians, who have no choice but to flee the turmoil in their country, are complex and the video is succinct. Nonetheless, the video cuts through the fog to provide a clear picture of the background and a sense of the kind of response that’s required.

“Today, the Government of Canada announced that it will match funds contributed toward the Syrian Refugees Crisis by groups and individuals. This will be in effect for donations given between now and 31 December 2015.

“For Anglicans, The Primate’s World Relief and Development Fund (PWRDF) is the vehicle through which parishes and individuals can offer support. The organization is very well-managed. It works in partnership with other effective world relief organizations through the global ACT Alliance to ensure that funds and materials do reach those in need.”

Here’s the video… definitely worth watching.