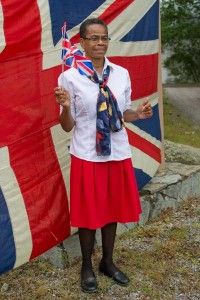 At 1230 pm on Wednesday, 9 September, twenty-six parishioners gathered to pay tribute to Her Majesty Queen Elizabeth II as the longest reigning Monarch in the history of the Anglican Communion.

Prayers of thanks were offered and then just about everyone in attendance joyfully took part in ringing the church bell in tribute to Her Majesty. Although Queen Elizabeth had said the she wanted “no fuss” on this occasion, the parish noted the need to recognize this historical milestone. The bell rang happily for nearly five minutes. Passersby stopped to take photos of the giant Union Jack draped over the parish sign.

Fittingly, after the brief Service, those gathered retired to a local British pub in Lakefied — the Canoe and Paddle — where they toasted Her Majesty The Queen and partook of delicacies such as bangers and mash, ale stew, steak and kidney pie or fish and chips.

The thought was that Her Majesty would approve.

What a momentous and joyful day … 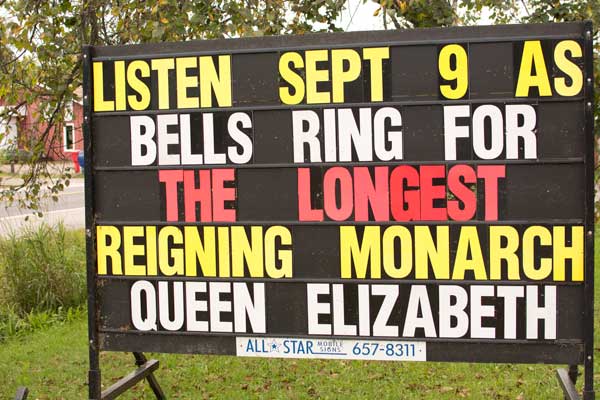 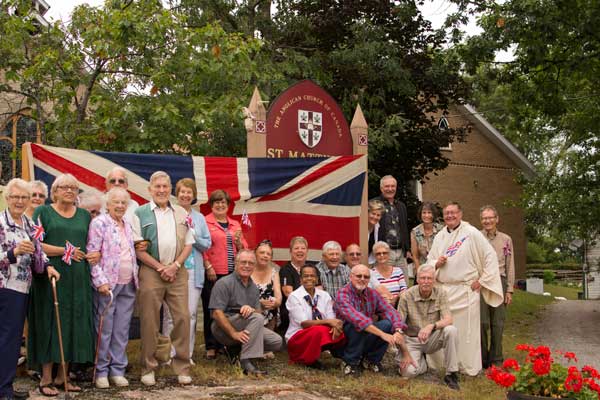 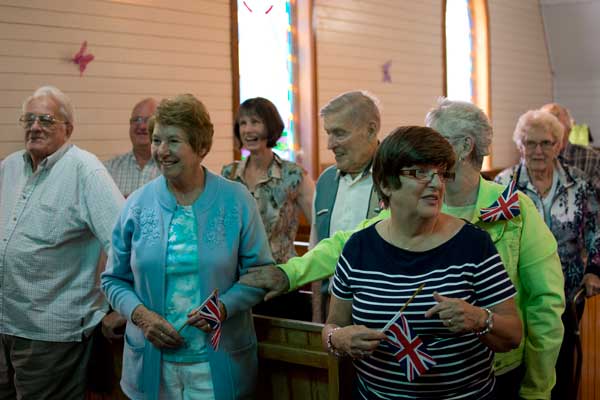 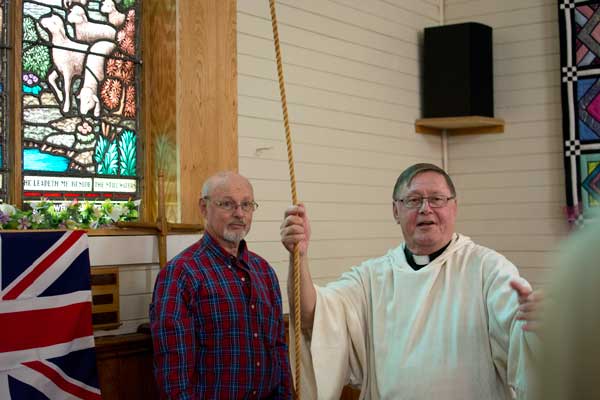 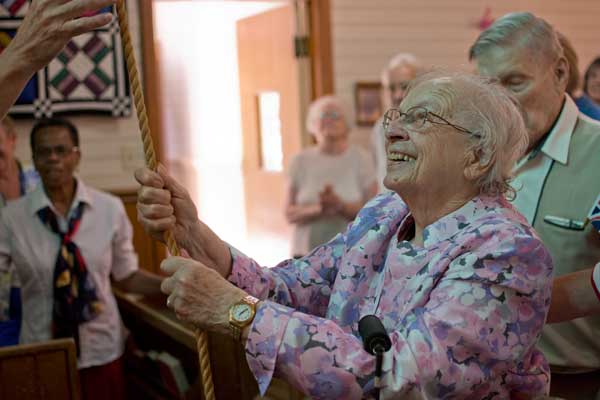 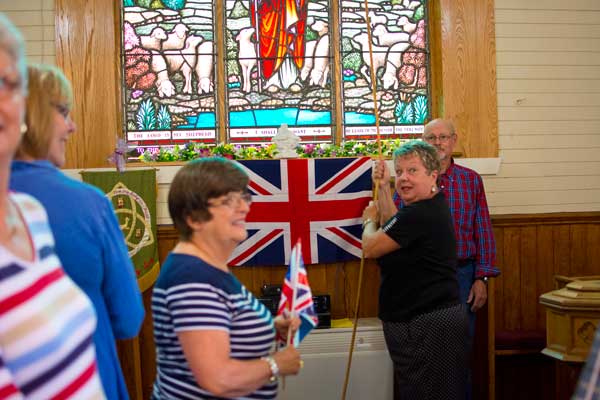 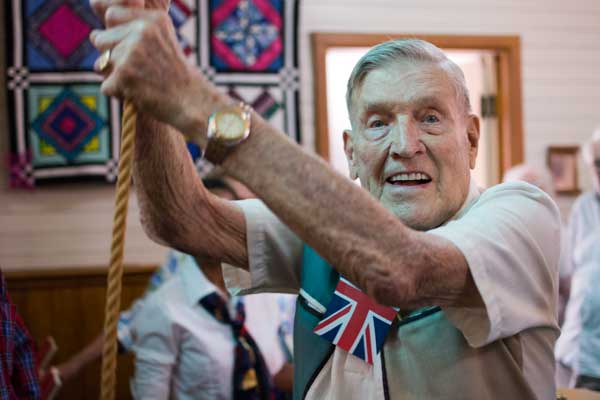 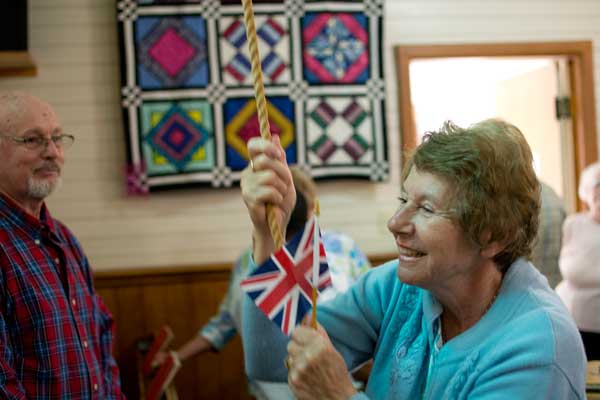 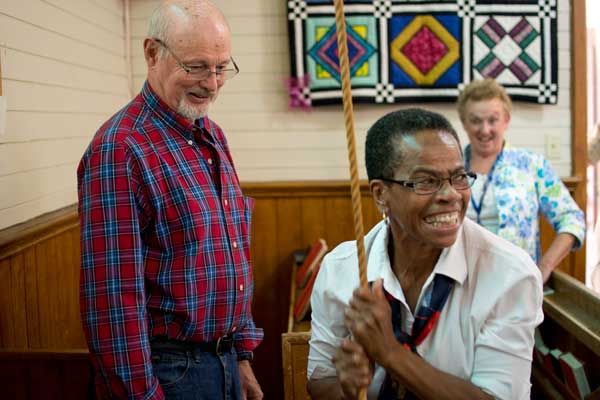 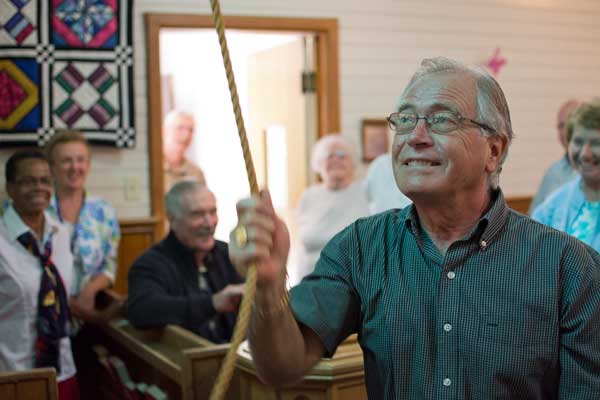 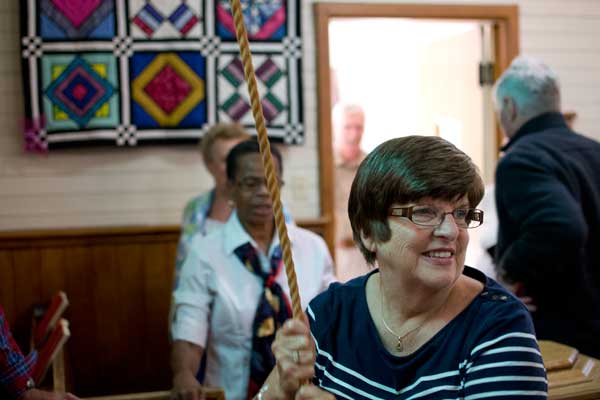 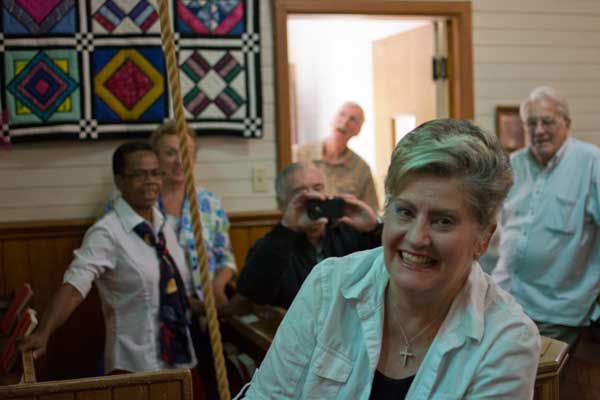 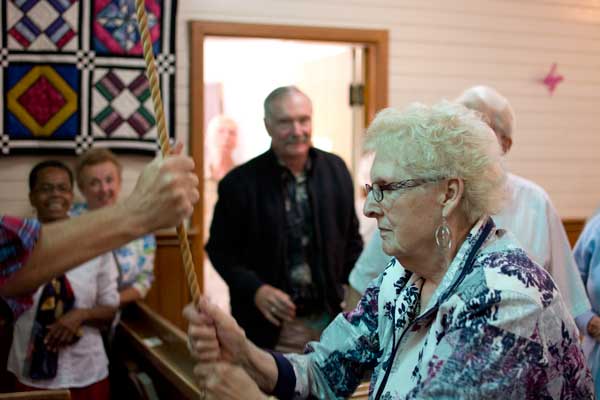 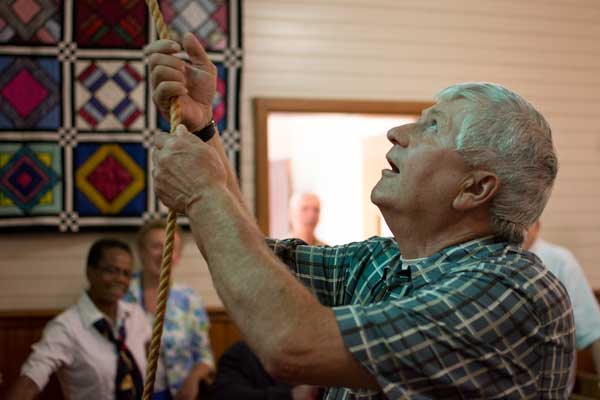 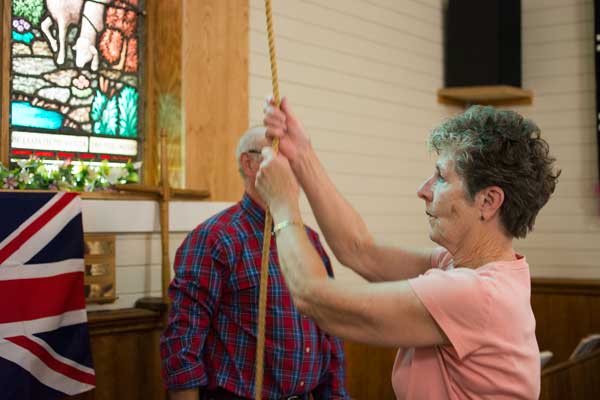 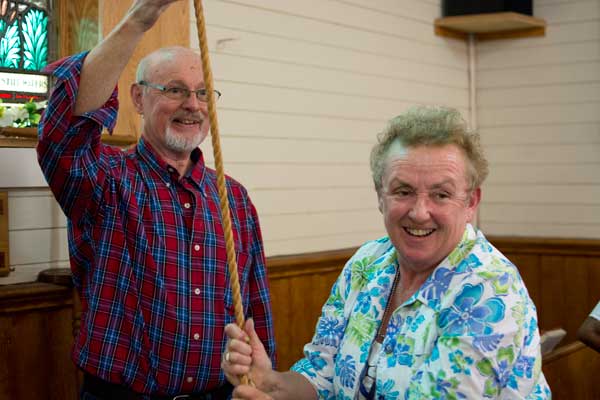 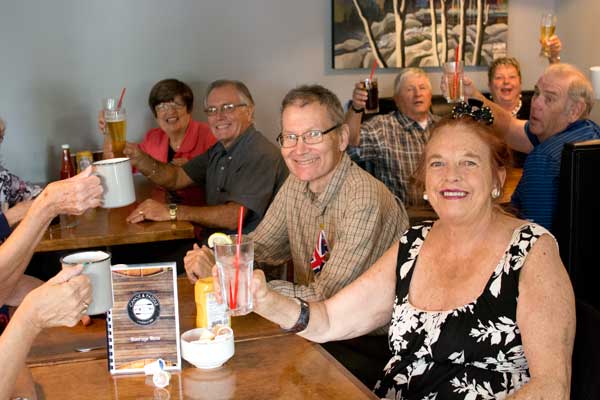 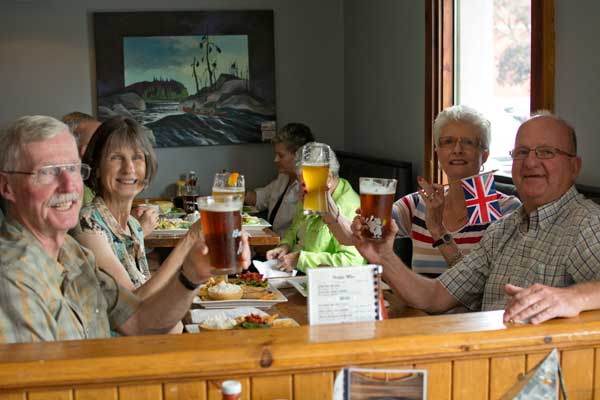 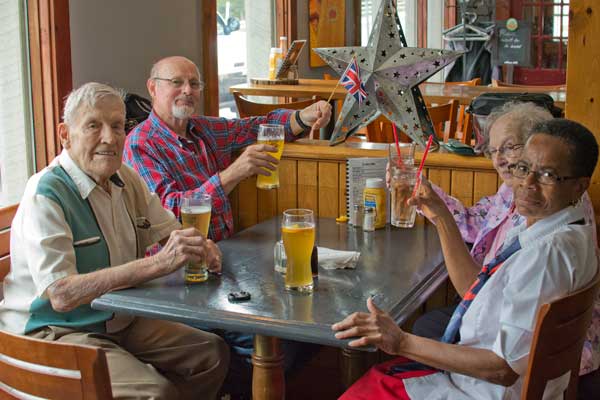 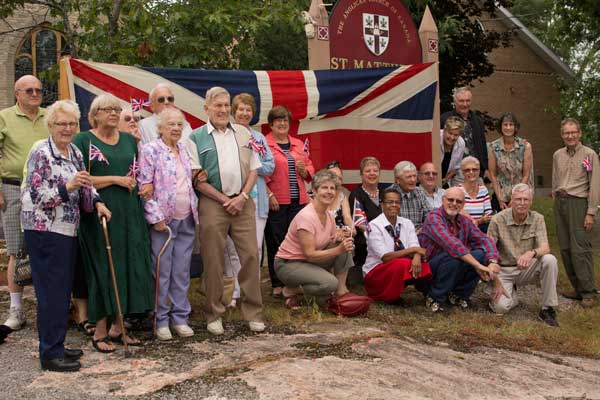 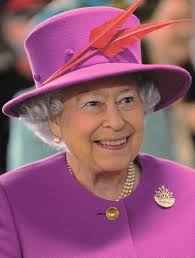 When the parish was founded in 1897, Queen Victoria was the reigning monarch. On September 23 of the previous year, Queen Victoria marked a momentous day in her journal: “Today is the day on which I have reigned longer by a day than any English sovereign.”  Churches rang their bells and bonfires were lit on the hills of Balmoral where Victoria was living when she succeeded her grandfather, King George III, who had reigned for 59 years, 96 days.

This September, her great-great-granddaughter, Queen Elizabeth II, will surpass Victoria as the longest-reigning British monarch in history. Yet, until recently, no one could decide on when exactly Her Majesty would make that history. Dates ranging from September 9 to September 11 were suggested. The calculations themselves give different results, depending on whether days alone are counted, or years and days, or years, months and days.

Buckingham Place has confirmed these details: Victoria’s reign lasted 23,226 days, 16 hours and 23 minutes. The Queen passes Victoria’s record on September 9 2015 at around 5:30pm (local time in the UK) when Queen Elizabeth II will have reigned for 23,226 days 16 hours and approximately 30 minutes.

Neither expected to ascend to the throne, yet, as the result of deaths and abdication, both found themselves crowned at remarkably young ages, Queen Elizabeth at 25, and Queen Victoria at just 18.

Although Her Majesty considers the day to be a normal working day and has mentioned that she wants “no special fuss”, as during Victoria’s time when church bells rang out “spontaneously” throughout the land to mark that occasion, it is expected that similar tributes will be paid on 9 September 2015 for Queen Elizabeth II.

Her Majesty is the supreme governing head of the Church of England and consequently for the Churches of the Anglican Communion throughout the world.