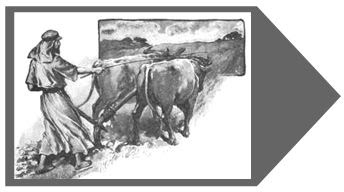 51 When the days drew near for him to be taken up, he set his face to go to Jerusalem. 52 And he sent messengers ahead of him. On their way they entered a village of the Samaritans to make ready for him; 53 but they did not receive him, because his face was set toward Jerusalem. 54 When his disciples James and John saw it, they said, “Lord, do you want us to command fire to come down from heaven and consume them?” 55 But he turned and rebuked them. 56 Then they went on to another village. 57 As they were going along the road, someone said to him, “I will follow you wherever you go.” 58 And Jesus said to him, “Foxes have holes, and birds of the air have nests; but the Son of Man has nowhere to lay his head.” 59 To another he said, “Follow me.” But he said, “Lord, first let me go and bury my father.” 60 But Jesus said to him, “Let the dead bury their own dead; but as for you, go and proclaim the kingdom of God.” 61 Another said, “I will follow you, Lord; but let me first say farewell to those at my home.” 62 Jesus said to him, “No one who puts a hand to the plow and looks back is fit for the kingdom of God.”

A homily for the Sixth Sunday after Pentecost — Glenn Empey

Jesus presses forward on his journey to Jerusalem. He is not looking back. He is determined to reach the destination even though he knew what his arrival would have in store for him. He sends his people ahead to check out the next town along the path. They return to report that the people there are not very welcoming at all. They ask if they should go back and wipe out the town. Apparently, Jesus saw that as somehow missing the point and said as much in ignoring their presumptuous suggestion … as if the disciples were actually capable of that anyway.

All those who were journeying with Jesus were already among his followers, presumably his actual disciples and others who were following along. So, in a way, to use one of our own contemporary expressions, he was “preaching to the choir”.

One of them keenly says that he’ll follow Jesus wherever he goes. And then a rather odd reply: “Foxes have holes, and birds of the air have nests; but the Son of Man has nowhere to lay his head.”

Imagine you’re that follower. Just what exactly would you make of that reply? You declare your loyalty and you get back a cryptic riddle. I think I’d shake my head in puzzlement and wonder just what did he mean. How about you? “I’ll follow you anywhere,” you say. “Foxes have holes, and birds of the air have nests; but the Son of Man has nowhere to lay his head.” Huh?

And then, turning to someone else, Jesus says, “Follow me”. What? Was the first person’s declaration ignored? Did she or he feel rebuked?

This second fellow says that first he needs to go and bury his father. You’d think that would be a reasonable thing to do. But the reply comes again oddly, “Let the dead bury their own dead; but as for you, go and proclaim the kingdom of God.” You’ve heard these words of Jesus before but what do you make of them?  You know, if I heard that kind of reply, I think I’d be thinking in my mind, “Say what? How does that make any sense at all?”

Anyone who was really listening might well wonder. What is he trying to tell us? Through the gospel today, we too are listening.

And then the triple whammy among those riddles of the day. Focus turns to lessons in ploughmanship. Foxes and birds of the air, the dead burying the dead and now how to plough a field. Tagging along that day – or today – entails some odd twists to the mind.

“No one who puts a hand to the plough and looks back is fit for the kingdom of God.” That saying was based on a common expression of the day that Jesus adapted for his own purpose. The people would get the connection.

But, oddly enough, that is exactly what the disciples did though. It’s ironic that after the crucifixion and after the resurrection, they did move backward and resumed their usual vocations – at least for a time.

I mean really, what does any of this really mean? It must lead beyond the surface of things. Would that be why they’re riddles and exaggerations?

So then what is God doing in your life these days? Is that the question?

I’d expect that in most Anglican parishes, when asked that question, just about everyone would remain stalwart in the pew and not dare voice an example. But, in a more evangelical congregation or one in a more animated culture, I’d expect that it would be more likely for people to stand up and declare their experiences to which often a loud round of applause would follow from the congregation.

Now, please don’t worry. It’s not my style, practice nor my experience to be making an altar call. But, still the question is a good one and it is a biblical one.

And there are some other questions such as how are our lives different in being a follower of Jesus than they would be otherwise? How about that bumper sticker: “If you were on trial for being a Christian, would there be enough evidence to convict you?”

The fact is that we are to be different as followers of Jesus. We don’t know the exact way the path will lead. We don’t know into what exactly it leads but we press on. We’re pilgrims on a journey and we’re nomads with a feeling that we don’t always know where we’ll lay our heads. We face the distractions of the world but we’re called to press on.

We’re not just creatures of evolution but rather children of God and citizens of heaven. We’ve become new creations. We are always becoming new creations on a pathway forward that transcends time and its weight… into a journey that is into forever.

How could you explain that other than by having us see beyond riddles? And to put into action all that it means to be a follower of Jesus in the Kingdom of God.

So then, the question surfaces… A question for you and for me. It is a good one and it is a biblical one, a first step in proclaiming the Kingdom of God.

What is God doing in your life these days?