Letter to the Diocese from Bishop Andrew - 9 October

I recently had the privilege of dedicating a new stained-glass window at Grace Church on-the-Hill in Toronto. The window, located high in the chancel, depicts two heroes of our faith – Archbishop Desmond Tutu and the Rev. Florence Li Tim-Oi. On that wonderful morning, the sun shone through the window, illuminating these two great figures of our Church. 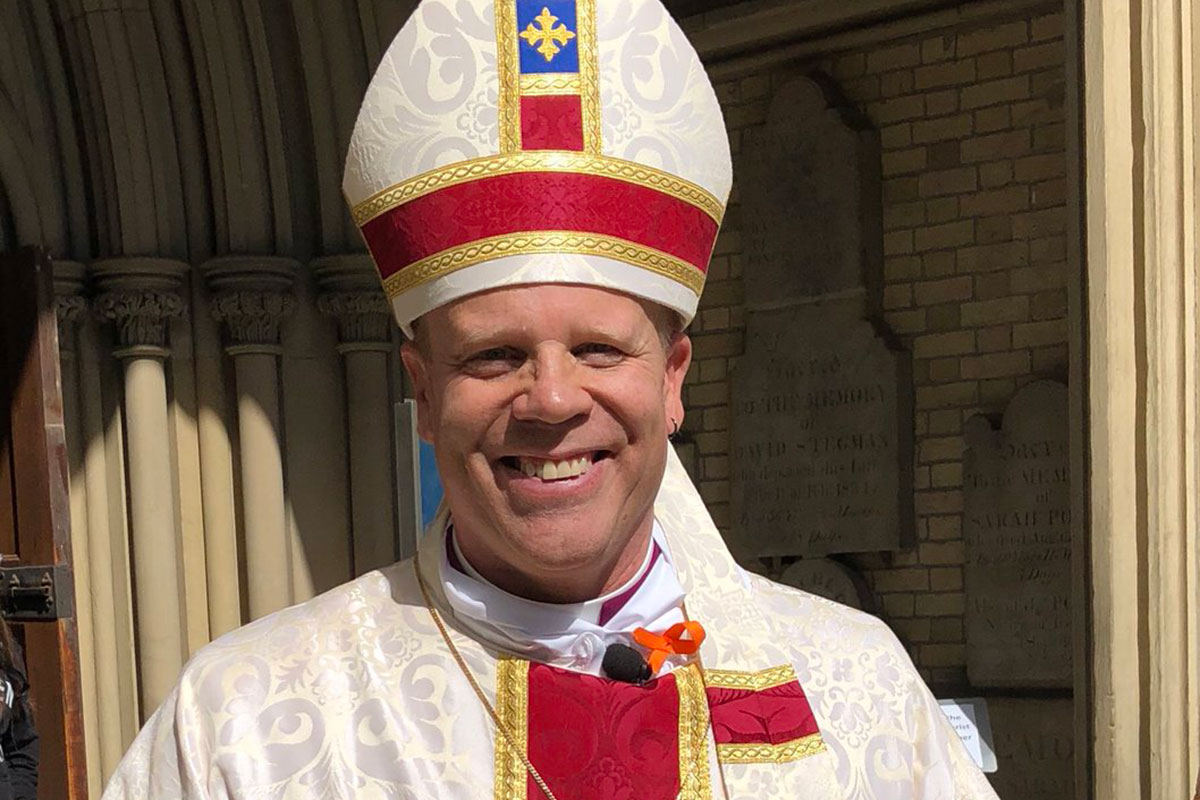 During the ceremony, I was struck by how blessed we were to have Archbishop Tutu and the Rev. Florence Li Tim-Oi watching over us during these challenging times. Both overcame adversity in their lives and, by doing so, changed the Church and our world.

Born in 1907, the Rev. Florence Li Tim-Oi served the Anglican community in Hong Kong during the Second World War. She became the first woman to be ordained to the priesthood in the Anglican Communion on Jan. 25, 1944. Her ordination sparked outrage in many parts of the Church and she later resigned her licence though not her priest’s orders.

For many years after the war, she was deemed a counter-revolutionary by the government and forced to work on a farm, then in a factory and undergo political re-education. In retirement, she immigrated to Canada and served as an assistant priest in the Diocese of Toronto, where she spent the remainder of her life. Trinity College awarded her an honorary degree in 1991. She died at the age of 84 and is memorialized in the Anglican Church of Canada’s liturgical calendar on Feb. 26, the date of her death.

Archbishop Tutu, who is now 88 years old, was the Archbishop of Cape Town. He was one of the leaders of the anti-apartheid struggle in South Africa and was later appointed by President Nelson Mandela to preside over the country’s historic Truth and Reconciliation Commission, investigating human rights abuses. He won the Nobel Peace Prize in 1984.

I thank God for these two inspiring saints of our Church who, through their courage and steadfast faith, brought the love of Jesus Christ to so many. At the end of the dedication service at Grace Church, I offered this prayer, which I would like to share with you. It seems especially fitting in these times.

Who are the saints – both living and passed on – who inspire you in the faith? And how has the “light shone through” their lives and witness in a way that motivates and challenges you to greater faithfulness? Let us give thanks for those who guide and inform us along our Christian journey, as fellow disciples on the way.

I wish you a joyous and peaceful Thanksgiving.