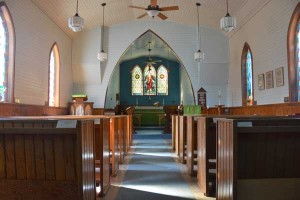 by The Rev’d Glenn Empey

I’ve always taken it to mean to dwell in or to live in.

When I checked that in my favourite dictionary [Oxford], I was surprised to see that that usage is now considered to be archaic. So, much for the golden years, eh.

synonyms: comply with, obey, observe, follow, keep to, hold to, conform to,  adhere to, stick to, stand by, act in accordance with, uphold, heed, accept, go along with, acknowledge, respect, defer to

“He expected everybody to abide by the rules”

be unable to tolerate (someone or something).

Jesus tells us a lot about love in today’s gospel passage. He doesn’t speak about falling in love nor about being in love. He talks about loving one another. When it comes to falling in love and being in love, or loving ones children and family, that’s the easier part, I think. A solid model and signpost though for certain … no doubt.

Jesus goes beyond those models, not that those models are not important and  even wonderful. What a true blessing to be in love and to stay in love. Maybe that’s getting closer to abiding in love but I don’t think Jesus just meant staying in love.

I think that way  … because he spoke of his having been loved by his Father and that is exactly how he loves us. And he puts this as his commandment because if we keep his commandment, then we abide in love.

He then says simply, “This is my commandment, that you love one another…  as I have loved you. Greater love has no one than this, that a person lays down her/his life for another”. We often see that on cenotaphs for those who gave their lives so that you and I may enjoy peace. But, where it came from first was the example Jesus set in giving up his life on the cross … also for us.

Maybe that example helps get closer to understanding the kind of love about which he is talking and which he wants us to model.

As the mind wanders sometimes when writing these kinds of things – sometimes productively I might add – a thought came to my mind taking me back many, many years. I was at a retreat with my fellow seminarians. The retreat was led by an abbot. An abbot, by the way, is the bishop of a monastery. This abbot was from Three Rivers – an Anglican Benedictine monastery called St. George’s Abbey in Three Rivers, Michigan.

He was a phenomenal kind of person… as we noticed the elision of the words father and abbot, we  very fondly nicknamed him Father ”Rabbot” and presented him with a sweat shirt which sported that new title. He was a really good fellow and truly a spiritual person.

Being very honest but also recognizing the basic innocence of my question, when I had a chance to talk with him personally and individually, I asked him about how we go about loving in the wider world. His response was that – if you have a family – a family is the model of that and that that is the foundation on which to build.

I think clearly he was very right and very wise. I see that especially now …many, many years later.

It’s about being really conscious about being friends rather than being slaves to anything … or to anyone. That’s because being a slave to anything is demeaning, restrictive, and deadening.

So, I really think it is critical that Jesus calls us friends and not slaves… If you’d like, you can ponder that one on our own to wherever it may lead you through your own wandering in thought and prayer.

And here’s another thing to ponder –  I’ve been pondering it. Then Jesus says to his friends that by abiding in that kind of love, then whatever we ask in his name will be granted by the Father.

Certainly, that moves into a dimension way beyond any kind of wishing that we may do because we each know that most often what we may merely wish does not actually become true.

I wonder how that would work for a community of faith, in devotion, to set the mind on discerning what to ask and then intentionally engaging in a time together in silence, prayer and in the prayerfulness of listening. I wonder what we’d hear.

Now my wondering… and my wandering of mind may not be productive for you. But maybe it will lead you into your own wondering and wandering… in prayer… and into listening through that silence of prayer.

So, I leave you with this:

I just wonder… if that wandering… in the silent listening of prayer… is the very key to what Jesus means when he says “whatever [we] ask the Father in [his] name, may be given to [us.]”